The husband of a Quebec emergency room doctor who took her own life this month wants to shine a light on the mental health toll endured by those on the front lines of the COVID−19 crisis.

Dr. Karine Dion killed herself earlier this month and her husband David Daigle says he has no doubt the pandemic played a part.

Dion, 35, never contracted COVID−19 but found herself on leave twice in the past year — once at the end of March after she had suffered a breakdown because of anxiety related to the novel coronavirus.

It was Daigle who decided to come forward with Dion’s story. He said he hopes anyone who needs help during the pandemic can get access to proper care.

"I don’t want her death to be in vain," Daigle said in a phone interview Wednesday. "There are a lot of people I know in the health network who are suffering, who are depressed but are continuing to work." 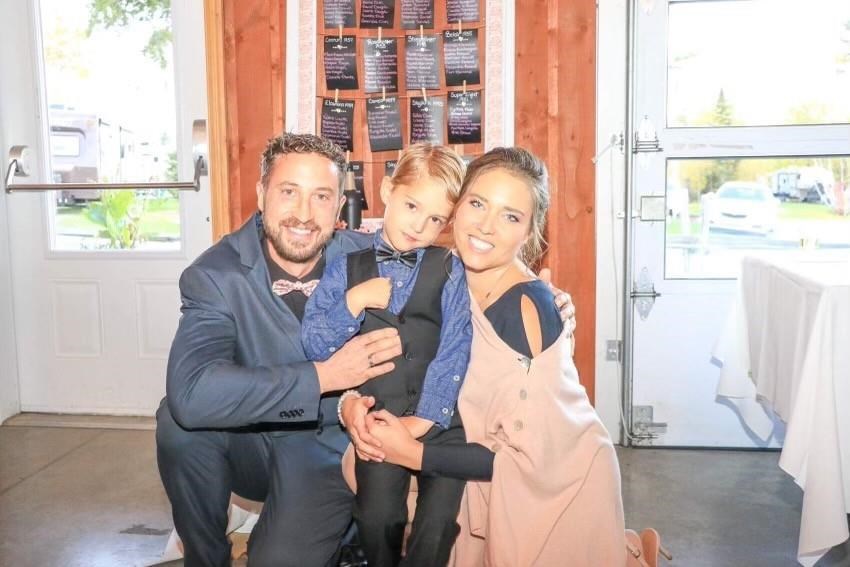 Daigle spoke after attending a commemoration for his wife at the local hospital in Granby, Que., where she worked. Hospital staff placed pictures of Dion in a room and colleagues were invited in to write messages in a condolence book.

Daigle said his wife had worked in Chibougamau, in northern Quebec, for four years before she had moved to the hospital in the Eastern Townships where she had worked as an emergency room physician for the past six years.

He said he has little doubt Dion is a collateral victim of the pandemic and that her mental health suffered because of the virus.

She helped plan the hospital’s response to the first wave of COVID−19 before she went on leave in late March. She returned to the job after a few weeks — too short a time frame, according to her family.

"She was not herself anymore," Daigle said. "Afterward, she started to work again too quickly because she felt like she was in a war and wanted to help everyone."

That lasted until September, when she went on leave again. "She felt guilty about being home and leaving her colleagues on their own," Daigle said. "She felt a lot of guilt and distress."

Dion, who was being supported by family and health professionals, had started an online support group for health−care workers in the Eastern Townships region.

Daigle said he felt she was doing better during the days before she died, adding that Dion had planned to return to work in mid−February.

Word of Dion’s death prompted strong reactions across the country.

The Canadian Association of Emergency Physicians wrote on Sunday it was saddened to learn of Dion’s death. "This is a tragic reminder of the toll of the pandemic on our physicians and silent suffering that continues to occur within our community," the organization wrote on Facebook.

Dr. Dominique Desy, part of the association of general practitioners in Quebec’s Yamaska region, where Granby is located, said it’s hard to say how bad the situation is among doctors, who she said are trained to work in stressful situations.

Dr. Barry Rubin, chair and medical director of the Peter Munk Cardiac Centre at the University Health Network in Toronto, said he was horrified when he heard the news of Dion.

Rubin spoke Tuesday of a "public health crisis" among doctors, nurses and other health−care staff and he called for immediate support for these workers. He urged colleagues to be on the lookout for each other.

"We’re in this together," he said. "We have to take care of ourselves if we’re going to be able to provide good patient care for the patients that we serve."

If there’s a reason to speak out, Daigle said, "it’s to shine a light on mental health, to take care of our health−care workers."

Dion was the mother of Jacob, 7. "My wife was an extraordinary, exceptional woman and mother and I won’t ever forget her," Daigle said.