Online conspiracy theories about COVID−19 and protests against public health orders are helping to spread dangerous ideas laden with racism and bigotry, says a network monitoring hate groups in Canada.

The executive director of the Canadian Anti−Hate Network said since last year people espousing hateful beliefs have linked themselves to conspiracy and anti−lockdown movements around the novel coronavirus.

"We have two pandemics: We have the actual pandemic and then we have this pandemic of hate," Evan Balgord said.

"Things are kind of getting worse both online and offline ... with maybe one pandemic, we have kind of a solution for, but the hate thing, we don’t have a vaccine for that. 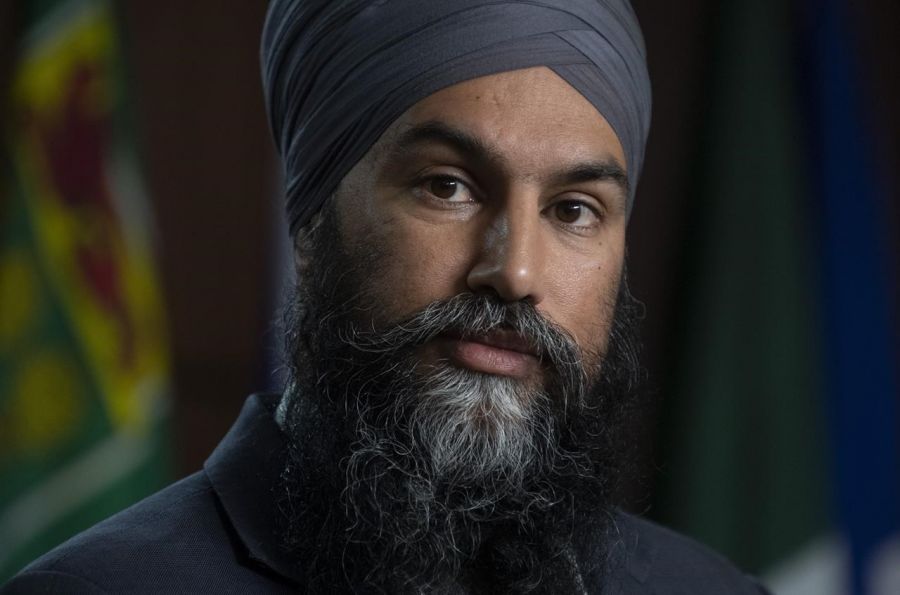 Federal New Democratic Party Leader Jagmeet Singh was the latest on Monday to note a connection between anti−mask and anti−lockdown protests and far−right extremism.

His comments came as rallies against COVID−19 health orders are being staged across the country while many provincial doctors battle a deadly third wave of the pandemic.

"To brazenly not follow public−health guidelines puts people at risk and that is something that we’ve seen with extreme right−wing ideology, " he told reporters.

These demonstrations have been met with frustration from some in the public over what they say appears to be a lack of police enforcement, and a few premiers have promised stiffer fines for COVID−19 rule−breakers.

The far right has become adept at integrating populist grievances into its own narratives and exploiting them to enhance membership, said Barbara Perry, director of the Centre on Hate, Bias and Extremism at Ontario Tech University, in a recent interview.

As a result, members of the far right have turned up at virtually all of the recent anti−lockdown gatherings, "trying to lend their support to that movement, and thereby garner support and sympathy, or solidarity, with their more extreme movement," she said.

Balgord said such events make for "fertile hunting" for new recruits because hateful ideas are not being policed, and once someone believes in one conspiracy theory, it’s easy to believe in others.

“We now have a greatly increased number of people who are coming into close contact with racists and bigots of all stripes with more conspiracy theories," he said.

And more than a year into the pandemic, Balgord said, organizers behind anti−lockdown protests in Vancouver, Toronto and the Prairies know figures from the country’s "racist right" are involved in their movement.

More recently, he said, some protesters have started showing up with Nazi imagery to depict themselves as being persecuted by the government.

“The racist right that we monitor and the COVID conspiracy movement are inseparable from each other at this point. We monitor them as if they are the same thing because they involve all the same people," Balgord.

He said the network’s information is based on what it observes and the far−right figures it follows, but there is a lack of data tracking how conspiratorial thinking around COVID−19 has moved across Canada.

After Singh’s comments, Bloc Québécois Leader Yves−François Blanchet played down the idea of a connection between the protests and far−right extremism, saying arguments suggesting a correlation were politically motivated.

The NDP leader said he sees a link between those refusing to follow public−health advice and the ideologies of the extreme right because both show a disregard for the well−being of others and put people at risk.

"There is a connection, certainly."

Singh said declining to listen to COVID−19 health orders is dangerous and needs to be called out.