COVID−19 testing requirements for Canadians driving home from the United States could only prolong the hardships for the tiny coastal town of Point Roberts, Wash., community leaders say.

Point Roberts is disconnected from the rest of the state by water, requiring residents to drive through Metro Vancouver to get to Washington state’s mainland.

Brian Calder, president of the Point Roberts Chamber of Commerce, said that before COVID−19, the community would see about 1.5 million visitors each year, but half of them often spent an hour or less in the town getting cheaper gas, buying groceries or checking on their cabins or boats.

When the US border reopens to vaccinated Canadians, there will be no testing requirement to go south, but Canada requires a negative COVID−19 test to return and Calder said that’s a problem for Point Roberts.

Point Roberts only offers testing on Wednesdays and Sundays, which he said would limit Canadian visitors. 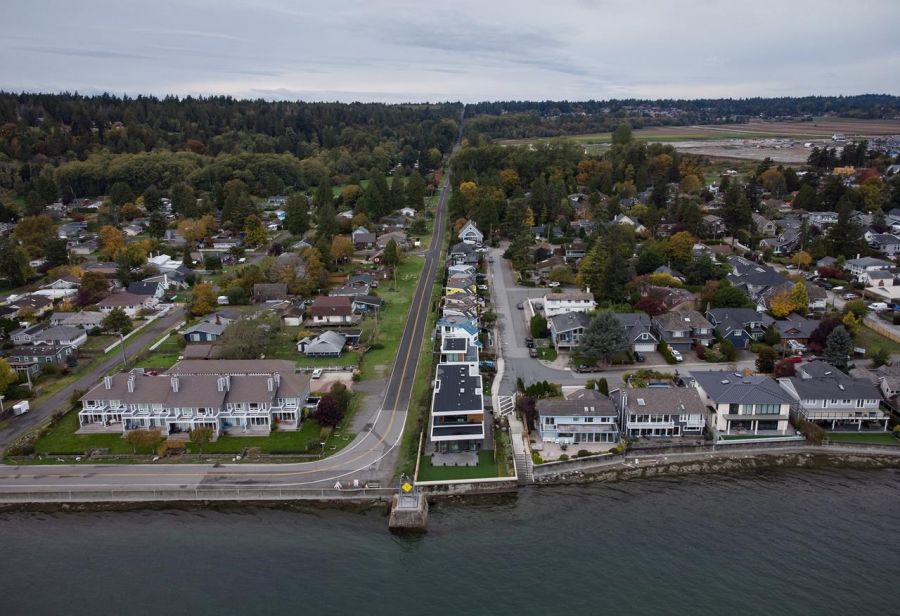 He said he’s hoping theCanadian government lifts the testing regulation for the town.

"We’re a completely unique place in North America and we deserve to be treated uniquely," he said, citing a 87 per cent vaccination rate in the community. "We’ve been very proactive as a community. The last thing we want is to be conduits of COVID, but we’re not being listened to."

Land and sea borders between the US and Canada have been closed to non−essential travel since March 21, 2020, and the closure order was extended every 30 days until Oct. 12, when the White House confirmed it would be officially reopening the border to Canadians next month.

US citizens and permanent residents who are fully vaccinated have been allowed to enter Canada by land since Aug. 9.

Calder said the closure has been "economically devastating" for the town, where 90 per cent of the economy was eliminated because of pandemic travel restrictions.

"It’s dependent on Canada, not neighbouring communities in the United States, so when you close that border, we’re toast."

Ali Hayton, owner of Point Roberts International Marketplace, the community’s only grocery store, said she was excited to hear the border news but remains "guardedly hopeful."

"They’ve gotten our hopes up before, so I’m hoping it’s real this time because we just need our customers back," said Hayton.

In July, Washington Gov. Jay Inslee visited the point and provided Hayton with $100,000 in state funding to help keep her business operating.

"The loss of revenue in the last 19 months is well over $10 million, so the funding did help, but it only scratches the surface," she said. "We’ve been really struggling, especially since Aug. 9, when they allowed our (American) customers to leave without allowing any Canadians to come back down."

Calder said he estimates it will take two to three years for the local economy to recover should borders remain open and the testing requirement is lifted, but citizens are wary of the border potentially closing again.

"The confidence in our border ability has been dashed and that will undermine what it will now take to bring people back and rebuild the economy," he said. "People come here for calmness, tranquility and recreation. They don’t want apprehension and fear, so that’s my biggest concern now."

While the US administration has said the land border will reopen in early November, an exact date hasn’t been released.