Over half of Canadians finding food less affordable, close to half $200 away from financial crisis: MNP

A major accountancy firm has said more Canadians are struggling to afford the basics of life as high inflation and surging interest rates continue to burn away incomes.

MNP LTD’s Consumer Debt Index, which is conducted by Ipso every three months, claims more than half – 52 per cent – of Canadians are finding food less affordable for themselves and their families.

In the last quarter’s survey that figure was 47 per cent.

The index also found that:

“Canadians are putting more of their paycheques towards paying for basic necessities as the cost of living rises, which in turn is leaving less of a financial buffer to manage the impacts of current and potential future interest rate hikes,” said Grant Bazian, president of MNP LTD, which is the country’s largest insolvency firm. 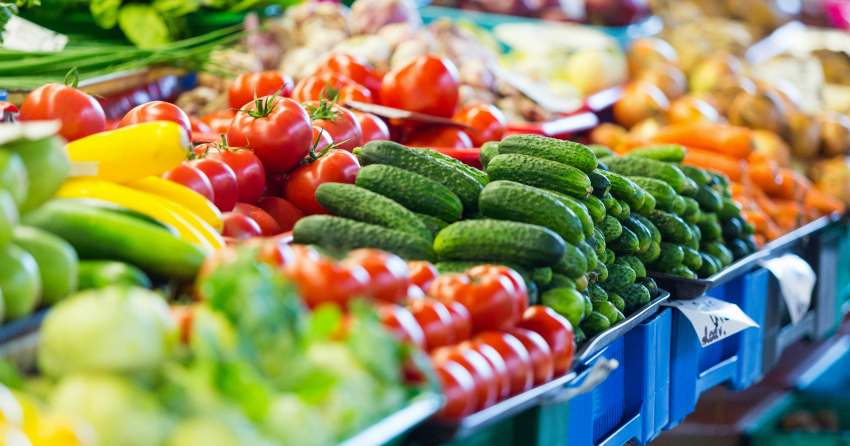 He added: “We are seeing a modest improvement in the number of Canadians who are at risk of insolvency since last quarter, however, it is important to note that nearly half of Canadians are still just $200 away from not being able to cover their bills and debt obligations. With less overall room in their budgets, any future increases to interest rates or the prices of everyday items could push individuals closer to insolvency,” said Bazian.

The amount the average Canadian has left over at month-end continues to drop, falling $37 from the previous quarter to $654.

There are also some positive signs, however.

More Canadians are now rating their personal debt situation as excellent (43 per cent, up five points) and fewer are rating it as terrible (14 per cent, down four points). 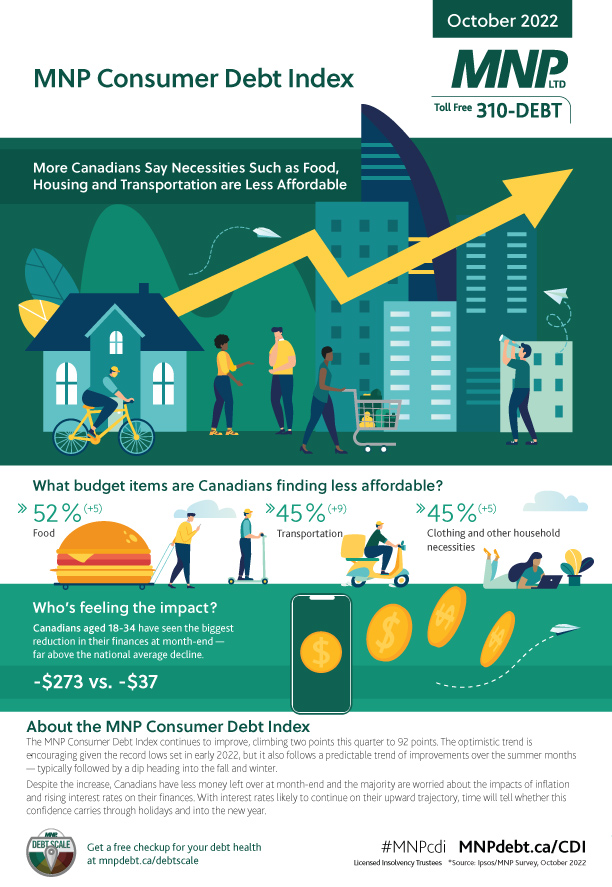 When asked to forecast their expected debt situation a year from now, three in 10 expect their debt situation to improve (30 per cent, unchanged), but fewer now believe it will worsen (11 per cent, down four points).

“This newfound optimism may be temporary, as the economic situation here in Canada is still unfolding,” Bazian explained.

“The effects of interest rate hikes tend to reveal themselves over time, so we may be seeing a false sense of optimism right now.

“We have also generally seen higher levels of optimism during the summer, followed by Canadians becoming more pessimistic heading into the winter months. I would encourage individuals to be cautious with their finances heading into this fall and winter, as only time will tell the full impact of our economic situation.”