Unvaccinated Quebec residents will be forced to pay a special tax, the province’s premier has announced.

François Legault described the tax as a “health contribution.”

It will apply to adult residents who refuse to get their first dose of a COVID-19 vaccination for non-medical reasons, the premier explained.

Legault said the tax will be "significant" enough to make people want to get vaccinated, adding that it will be more than $100.

More will be revealed “in the coming weeks,” he said.

It is the first time a government in Canada has announced a financial penalty for people who refuse to be vaccinated against COVID−19.

Legault said about 10 per cent of adults in Quebec are unvaccinated but they represent about 50 per cent of intensive care patients.

"I think right now it’s a question of fairness for the 90 per cent of the population who made some sacrifices," he said. 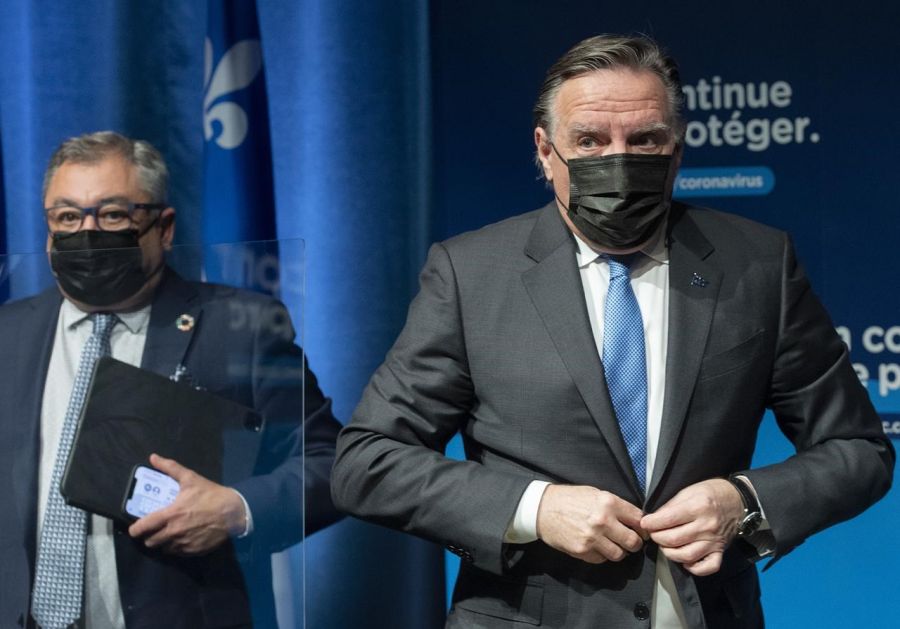 "I think we owe them this kind of measure."

The government last week announced it would expand the vaccine passport system by requiring proof of vaccination to enter liquor and cannabis stores. Health Minister Christian Dubé has said he was mulling extending the passport further, to shopping malls and personal care salons.

Legault said Tuesday, "Yes, we will continue to look at spreading the use of the vaccine passport, but I think we have to go further."

Dr. Horacio Arruda resigned as public health director on Monday after the Quebec government faced weeks of criticism from the opposition and pundits for its handling of the latest wave of COVID−19.

Officials say Quebec’s health−care system is under enormous stress from the rapidly rising number of COVID−19 patients, and the latest restrictions — including a 10 pm to 5 am curfew — are some of the strictest in the country.

The opposition has said Arruda, who usually appeared in public alongside Health Minister Christian Dubé and Legault and whose advice to the government was often delivered orally behind closed doors, was too close to political decision makers.

Earlier today, Quebec reported 62 more deaths attributed to the novel coronavirus, pushing the total number of deaths connected with COVID−19 in the province to 12,028, the most in Canada.

The province reported 8,710 new cases of COVID−19 on Tuesday following more than 51,000 tests, 20 per cent of which came back positive.

– With files from Canadian Press