Almost 250 days into her 15-month captivity in Mali, Edith Blais realized her life was no longer her own, and she didn’t know if she’d ever get it back.

Separated from her travelling companion, Luca Tacchetto, and the group of women with whom she’d earlier been held hostage, the Quebec woman found herself in a truck racing across the Sahara in the company of yet another group of armed men. Despite the imminent danger, all she felt was numbness.

“I no longer had the strength to fight against oblivion,” she writes in a new book about her ordeal. “I had become docile, a puppet in their hands.

“I was their hostage: both a treasure and a nobody.”

The fact that Blais survived to tell her story is improbable.

She and Tacchetto, her sometimes boyfriend, were kidnapped in December 2018 by an armed Islamic terrorist group in eastern Burkina Faso as they drove towards the border with Benin. Some 450 days later, the pair made world headlines after escaping their captors in Mali and flagging down a passing truck, with Blais carrying a jug of water and 57 poems that she’d written in captivity.

Those events, and everything that happened in between, are chronicled in “The Weight of Sand,” which was released in French earlier this year and is now being published in translation. It recounts the agonizing and dangerous months she spent as a hostage: being shuttled from camp to camp at gunpoint, sheltering under trees, enduring insects, sandstorms and crippling boredom, embarking on hunger strikes and, eventually, breaking free.

In a recent interview, she said that if it weren’t for the COVID-19 pandemic, the book might not have existed. It was during her mandatory two-week quarantine period after she returned home to Sherbrooke, Que., that she decided to write down parts of her experience for her family and friends.

“At first, I started to write for them,” she said. “I was writing every day because I had nothing else to do. I was quarantined. After that, I didn’t stop. I wrote, I wrote, I wrote.”

The 37-year-old said the hardest part of her captivity was the uncertainty. “Not knowing what’s going to happen,” she said. “Actually,” she corrected herself, “the only thing you know is nobody gets out.”

After three initial months of captivity, Blais was separated from Tacchetto and taken to a camp with three other women, all of whom had been hostages for years. She said they formed a close bond, cooking together and exchanging stories and small gifts. 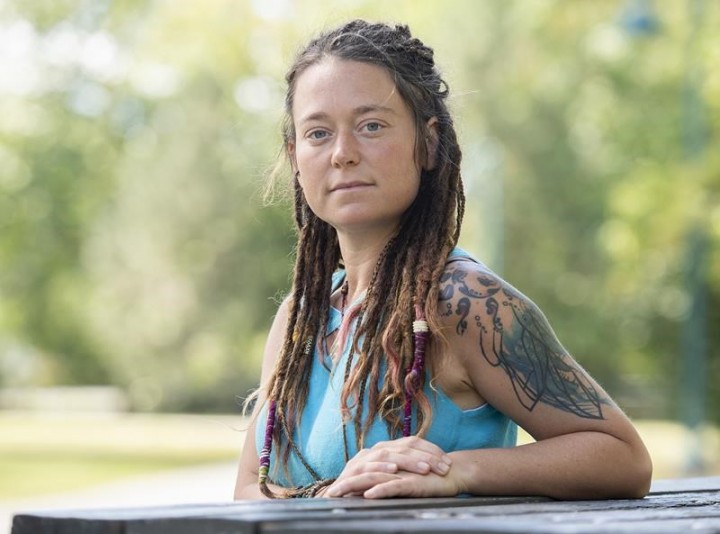 One of the women — called Elisabeth in the book — lent her a pen to let her start writing the poems that she credits with keeping her sane during the hard months of solitary captivity that would follow.

Blais said that while she’s always enjoyed creative pursuits, poetry became her “salvation” during the endless days. She wrote every day, even when the pen ran out of ink and she had to use the tip to scratch words into cardboard. Many of the poems are reproduced in the book, striking a dreamlike tone in which time and landscape are, unsurprisingly, the main themes.

After being separated from the women, Blais spent several agonizing months alone with her captors before being reunited with Tacchetto after both agreed to convert to Islam.

Soon after, they slipped away after evening prayers, taking advantage of a full moon to light their way and a rare night breeze to hide their tracks through the desert. A passing civilian took them to a UN checkpoint, and they began the long journey home — he to Italy, and she to Sherbrooke.

A year and a half after her March 2020 liberation, Blais appears remarkably well-adjusted. Talking in a park south of Montreal overlooking the St. Lawrence River, sporting dreadlocks and a loose blue outfit, she said she’s eager to move forward.

After her return, she spent some time in nature in Jasper, Alta., which she said helped her regain her bearings.

Now she’s hitting the road again, setting off on a two-month road trip to the East Coast, where she’ll live in a van with her new boyfriend. She says she’s also eager to travel internationally again one day, although she laughingly says she’s had enough of Africa.

When asked how she was changed by her experience, she says she is no longer stressed about life and no longer worries about the future.

“I was really surprised when I got out, so it’s like if I have bonus time I didn’t think I was going to have,” she said. “It’s like a gift.”