The province of Saskatchewan is mourning after a tragic death on Saturday.

According to RCMP, while initiating a traffic stop in the town of Wolseley at 8 am, Cst Shelby Patton was killed. During the stop, the suspect vehicle struck and killed the police officer.

The two suspects then left the scene and abandoned their truck in a rural area northeast of Francis. Both the man and woman were arrested by 10 am thanks to the help of police dogs. 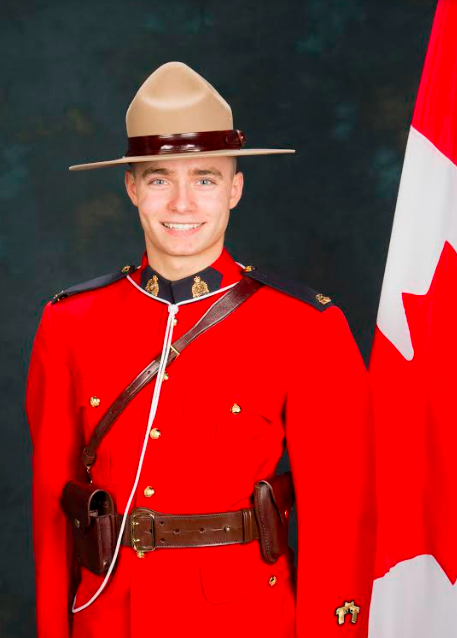 Cst Patton did not die immediately and members of the public attempted life-saving efforts. He was later declared deceased at the scene.

"I would like to express sincere appreciation to a member of the public who provided medical assistance to Constable Patton until emergency responders could arrive," said Assistant Commissioner Rhonda Blackmore. "Also, to farmers in the area who provided assistance to our responding police officers who arrested the suspects."

The 26-year-old officer spent his entire tenure working for the Indian Head RCMP. He joined the service in 2015.

"Constable Patton’s family is also part of the RCMP family. They have lost a husband, son and brother. We will continue to support them during what is an extremely tragic time."

"No one should have to wake up and learn their family member died as a result of doing their job and this is what happened today to Constable Patton’s loved ones."

To show respect for the fallen officer, flags at RCMP detachments across the country will be flying at half-mast.

NowMedia will update the story when more information is available.