A tour bus operator has been charged in a deadly rollover at the Columbia Icefield in Jasper National Park nearly two years ago and more charges could be on the way.

The Alberta government said Friday that Brewster Inc. faces eight charges under the provincial Occupational Health and Safety Act related to use and maintenance of seatbelts, failing to control hazards and failing to ensure equipment was in safe operating condition.

Three people were killed and 14 others had life−threatening injuries after the big−wheel red−and−white Ice Explorer lost control on the road to the Athabasca Glacier, about 100 kilometres southeast of Jasper, Alta., on July 18, 2020.

The bus with 27 people on board rolled about 50 metres down a moraine embankment before coming to rest on its roof. 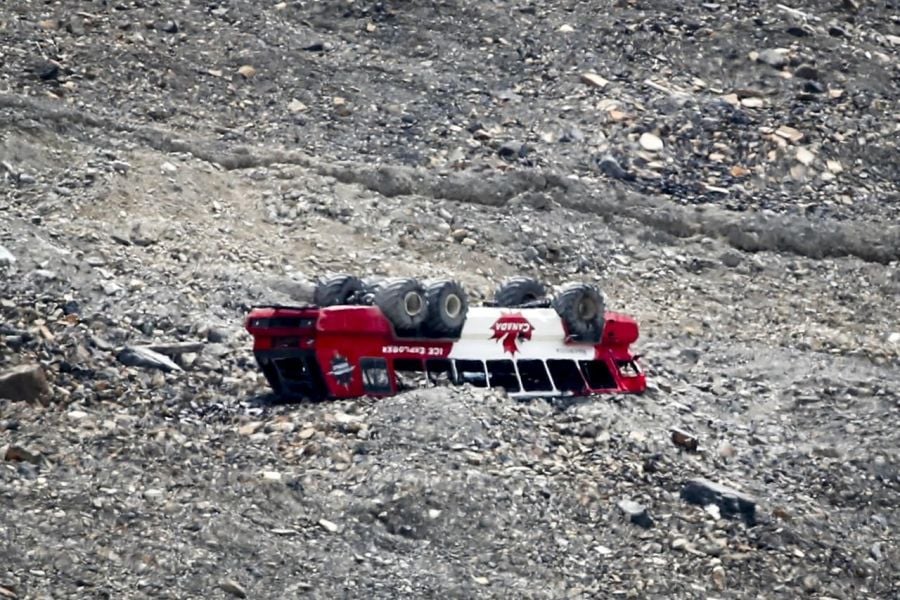 Tours of the Icefield resumed last year. The tour bus operator said seatbelts had been added to the buses, and changes to driver training and road maintenance have been made.

There was no immediate response from Brewster for a comment on the charges.

The case is to be in provincial court in Jasper on June 23.

A final RCMP report into the fatal rollover has not been publicly released but was submitted to Alberta prosecutors in April.

The Crown will determine if the evidence warrants any criminal charges.

"The RCMP is aware of the charges that resulted from Alberta Occupational Health and Safety’s separate investigation. The RCMP have shared all requested investigative material gathered during the criminal investigation with the Ministry of Labour and Immigration as required by the Alberta OHS Act," the RCMP said in a release.

The RCMP said it will provide a further update to victims and families when the outcome of the criminal investigation can be shared.

There have been two civil lawsuits filed on behalf of people on the bus that day. Some plaintiffs have expressed concern about the delay in finding out what happened.