(UPDATE: Sept. 14 @ 10:55 am) - Prosecutors failed to prove Linda O’Leary was operating her boat without proper care or consideration for others when it crashed into another vessel in central Ontario two years ago, a judge ruled Tuesday as he cleared her in the fatal collision.

O’Leary, the wife of celebrity businessman Kevin O’Leary, was charged with careless operation of a vessel under the Canada Shipping Act following the Aug. 24, 2019 collision on Lake Joseph, north of Toronto.

Linda O’Leary was driving the boat at the time of the crash, with her husband and a friend on board. The group was returning from a dinner party at another cottage, and court heard Linda O’Leary was the designated driver. 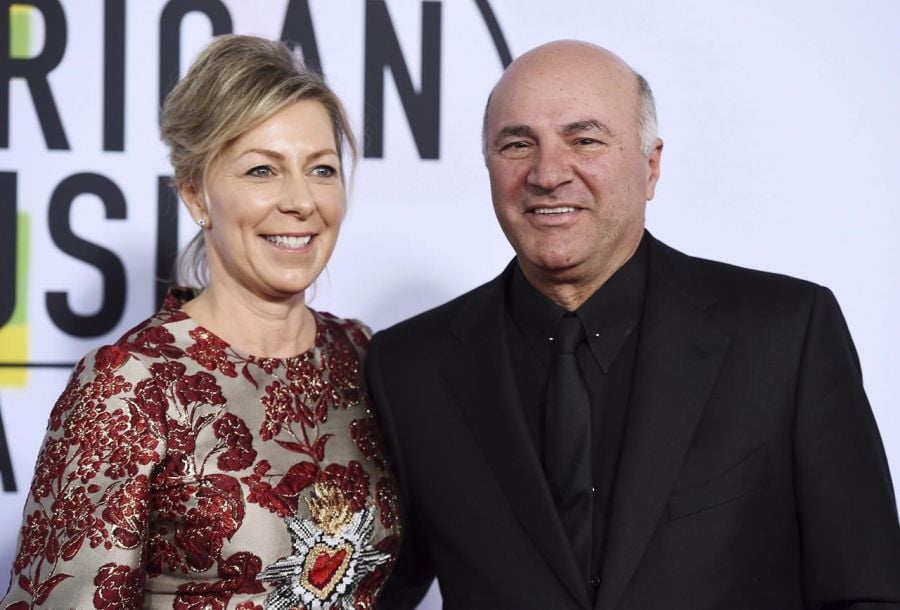 The other boat, a Nautique, carried a group of friends out on a stargazing excursion, court heard. The boat belonged to Irv Edwards, who owned a nearby cottage, but his friend Richard Ruh was at the helm when the crash took place, court heard.

The two vessels collided at the bow, or front, at 11:30 p.m. – an impact that knocked some of the passengers of the Nautique to the floor, court heard. Two people on that boat – Gary Poltash, 64, of Florida, and Suzana Brito, 48, from Uxbridge, Ont. – died from their injuries. Three others were also hurt.

In delivering his verdict, Ontario Court Justice Richard Humphrey found the Nautique had its lights off when it was struck, despite testimony from passengers who said some of the lights were on.

The lights were a central issue during trial, with the defence arguing the Nautique was essentially invisible to O’Leary until after the collision.

Humphrey noted Tuesday that security videos taken from the O’Leary and Edwards cottages "make it clear" the Nautique’s lights were not on when the boats came into contact.

"The purpose of the venture into the open waters of Lake Joseph by Mr. Edwards and his guests was to acquire an unobstructed view of the night sky without interference from artificial light," the judge said.

"It defies logic to suggest they would have travelled to that location and activated the lights, the effect of which would have been to defeat their purpose."

Ruh also testified that he put his sweater over the console lighting to mute it, and later pleaded guilty to failing to exhibit a stern light on a power−driven vessel under the Canada Shipping Act.

There was also insufficient evidence to determine the speed at which the O’Leary boat was travelling, or what speed would have been appropriate under the circumstances, the judge found.

Humphrey rejected the Crown’s submission that O’Leary should have considered the potential risk of an unlit boat and therefore driven at a lower speed than she did.

"This submission almost suggests that no one should operate a boat at night under any circumstance," Humphrey said.

The judge also addressed evidence regarding O’Leary’s consumption of alcohol, though prosecutors did not ask the court to draw any inferences regarding her state of intoxication.

A provincial police officer testified at trial that O’Leary registered an "alert range’’ blood alcohol level in a breath test shortly after the crash. The officer said O’Leary told her she only had one drink, and it was after the crash.

Humphrey noted the roadside screening test isn’t a "scientific device for court purposes" and can’t be used to determine O’Leary’s blood alcohol level at all relevant times. The judge also noted O’Leary was not charged with impaired driving.

"Had this court been required to make a finding of fact as to the issue of impairment by alcohol, or alcohol in the defendant’s system over the legal limit at the time of the driving, there could have been no such finding on the evidence," he said.

"For greater certainty, this court concludes, on the evidence before it, that alcohol played no part as it relates to the issues of operating a vessel without due care and attention or reasonable consideration for others."

The verdict was delivered in a hearing in Parry Sound, Ont., that was also livestreamed.

(Original story: Sept. 14 @ 7:30 am) - A verdict is expected today in the trial of Linda O’Leary, charged in a boat crash that killed two people in central Ontario two years ago.

O’Leary, the wife of celebrity businessman Kevin O’Leary, has pleaded not guilty to one charge of careless operation of a vessel under the Canada Shipping Act.

Linda O’Leary was at the helm when the boat collided with another vessel on Aug. 24, 2019, on Lake Joseph, north of Toronto.

The couple and a family friend were returning to their cottage from a dinner party at another cottage when the incident took place.

Two people on the other boat −− Gary Poltash, 64, of Florida, and Suzana Brito, 48, from Uxbridge, Ont. −− died from their injuries. Three others were also hurt.

O’Leary’s defence lawyer, Brian Greenspan, has argued his client should be cleared because there is evidence the other boat’s lights were off at the time of the incident, rendering it essentially "invisible."

However, witnesses who were on the other vessel, including a man who was charged with failing to exhibit a navigation light, testified that they remembered some lights being on.

Send your comments, news tips, letter to the editor, photos and videos to ne[email protected].