Newly discovered comet may be visible in the evening sky soon, says NASA

A newly discovered comet will soon be visible in the evening sky according to NASA.

The space agency said that the comet, named NEOWISE, was discovered on March 27, 2020, and has been spotted by several NASA spacecraft since. 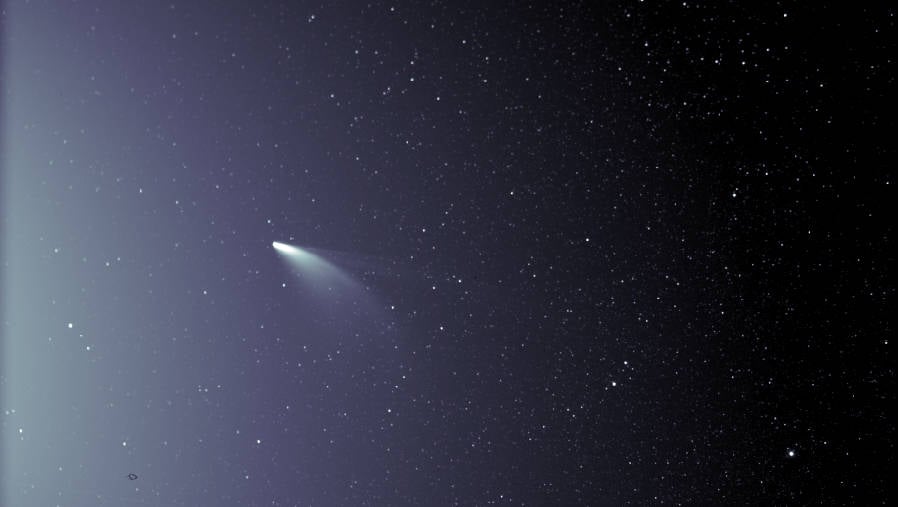 A spectacular image was captured of NEOWISE by the Parker Solar Probe on July 5.

“Parker Solar Probe’s position in space gave the spacecraft an unmatched view of the comet’s twin tails when it was particularly active just after its closest approach to the Sun, called perihelion,” explained NASA.

“The lower tail, which appears broad and fuzzy, is the dust tail of comet NEOWISE — created when dust lifts off the surface of the comet’s nucleus and trails behind the comet in its orbit.”

Scientists hope to use the images to study the size of dust grains within the dust tail, as well as the rate at which the comet sheds dust. 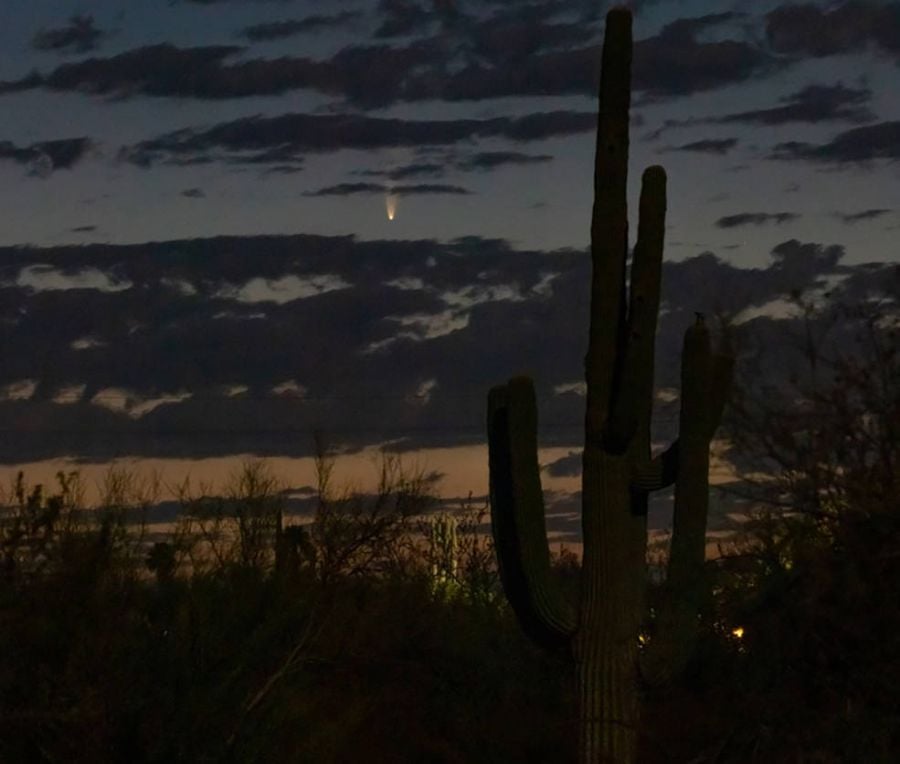 From Earth, we may be able to see it once it swings through the inner solar system, but NASA says that its nearness to the Sun creates some observing challenges.

However, as it speeds away from the Sun, NEOWISE will begin to make its appearance in the evening sky shortly after sunset on July 11.