There has been a serious jump in the number of people infected with syphilis in British Columbia, officials have said.

BC Centre for Disease Control figures show there was a 33% increase in cases of the sexually transmitted disease in 2018, making the rate the highest in 30 years.

Many of the 919 new cases were among gay and bisexual men. 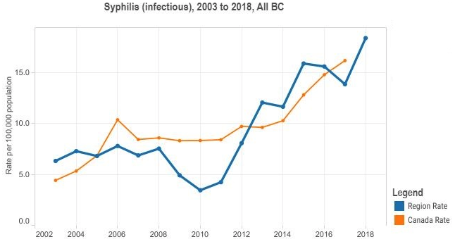 Syphilis is a bacterial infection that can be cured with antibiotics, but left untreated, it can lead to serious complications including damage to the brain, heart and other organs.

“We’ve been working to address syphilis in BC and raise awareness about testing among men who have sex with men.

“We are currently working with our partners to see what more we can do to reduce the number of infections but we also need the public to be aware of the risk and to be proactive about testing and treatment.”

There has also been an increase in cases among women, prompting the province to temporarily change syphilis screening during pregnancy to add a second test near delivery in addition to the routine test in the first trimester.

“This is an interim measure in response to an outbreak and aligns with actions taken by other provinces to prevent a serious infection that can harm both mother and baby,” said Dr Mark Gilbert, medical director for Clinical Prevention Services at the BC Centre for Disease Control. 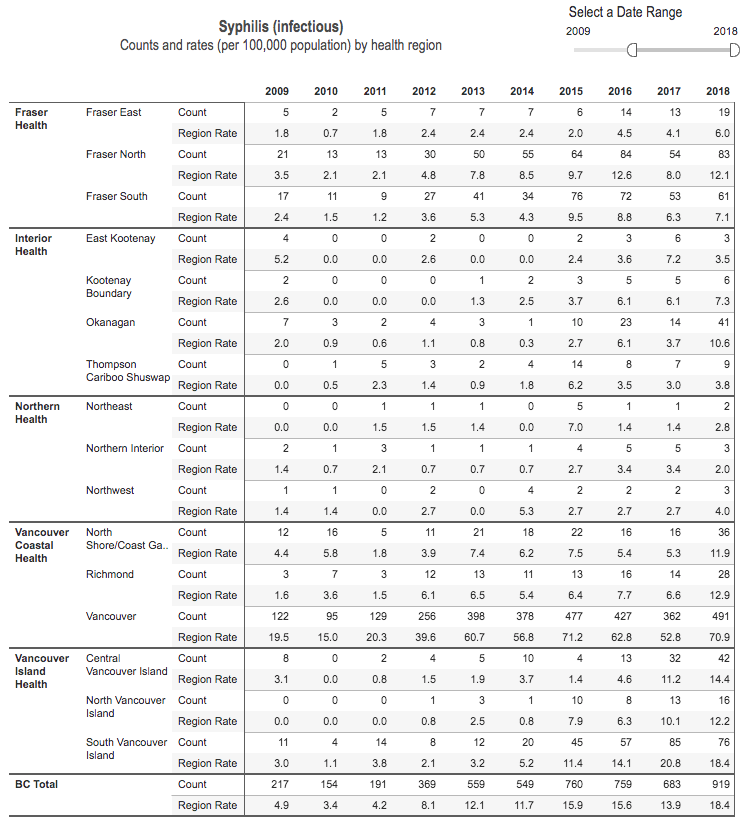 A syphilis outbreak was declared in Alberta in July as health officials recorded a 187% increase from 2017 to 2018, and rates in Saskatchewan and Manitoba also jumped during the same period.

Infections can have no symptoms so a person may not know they have syphilis, or they may find a hard, painless sore near the point of contact or develop a rash, swelling of the glands, hair loss or fatigue.