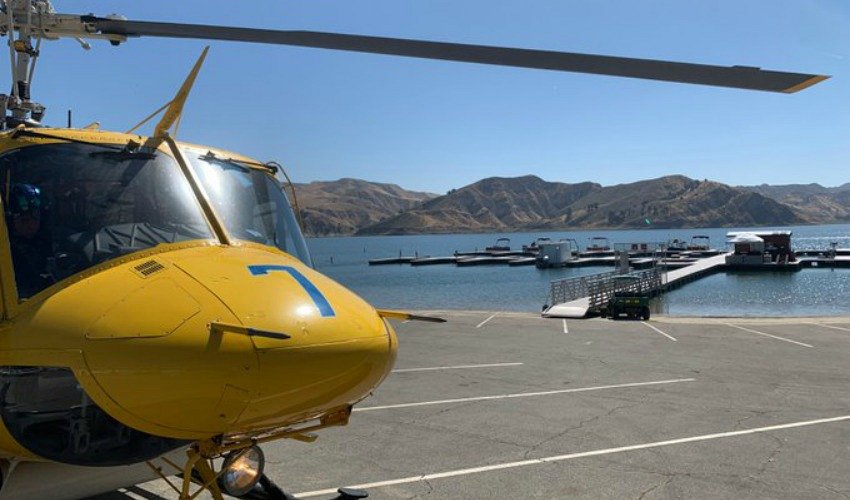 Start your day off right with five things you need to know this morning.

Five things you need to know

Multiple teams of professional search & rescue personnel are actively searching Lake Piru for clues to the location of Naya Rivera. With over 80 people involved in the search right now, we are using helicopters, boats, ATV vehicles, and ground personnel to try and locate her. pic.twitter.com/o2bN5sQFms

The Ventura County Sheriff’s Department has confirmed that Glee singer and actor Naya Rivera went missing on Wednesday in Lake Piru. According to local media, officials said they responded to a report of a child alone on a boat and found Rivera’s 4-year-old son. After hours of searching, authorities have shifted the search to a recovery operation.

2. Arrivals to the UK from multiple countries will no longer have to self-isolate

Effective today, if you’re flying from one of these countries to England — you do not need to self-quarantine 🚷✈️

The UK has relaxed self-isolation requirements for people from more than 50 countries. England, Wales and Northern Ireland have the same approved list, however, in Scotland, restrictions remain for people arriving from Spain.

3. Political leaders in Bolivia and Venezuela test positive for COVID-19

At the same time, in Venezuela, Diosdado Cabello, considered one of Nicolás Maduro's closest allies, announced the same.

Park Won-soon, the three-term mayor of the South Korean capital of Seoul, was found dead early Friday. The 64-year-old was a fierce critic of economic inequality and had been a potential 2022 presidential candidate. https://t.co/5giRGsWN6h

The mayor of Seoul in South Korea has been found dead. Reports indicate that Park Won-Soon, who was considered a presidential candidate for the 2022 election, was accused of sexual harassment by a former secretary the night before his death.

Authorities ay Robert Fuller was treated for mental health issues, including hearing voices telling him to kill himself. He was hospitalized for suicidal ideation. His EBT card was used to buy a rope they say he used.
His death was ruled a suicide today
https://t.co/TNCDLrUYdC

The death of Robert Fuller, a Black man who was found hanging from a tree in Palmdale, California, last month has been classified as a suicide following an investigation. His case garnered national attention after his family said Fuller was not suicidal. Los Angeles County Sheriff's Commander Chris Marks said during a press conference yesterday that Fuller had received extensive treatment for mental health issues, including hearing voices telling him to kill himself.