A thief who had been stealing gas from 100 Mile House residents for close to a year has been arrested.

According to Cpl Svend Nielsen, on Friday at 3:25 pm, an off-duty RCMP officer noticed a local man walking on Birch Avenue while pushing a shopping cart, which was loaded with a blue water can.

Police were aware that this man was suspected to be involved in the ongoing theft of fuel from local businesses and individuals across the community. The officer spoke with the suspect and took photos of his can, noting that it was filled with diesel. 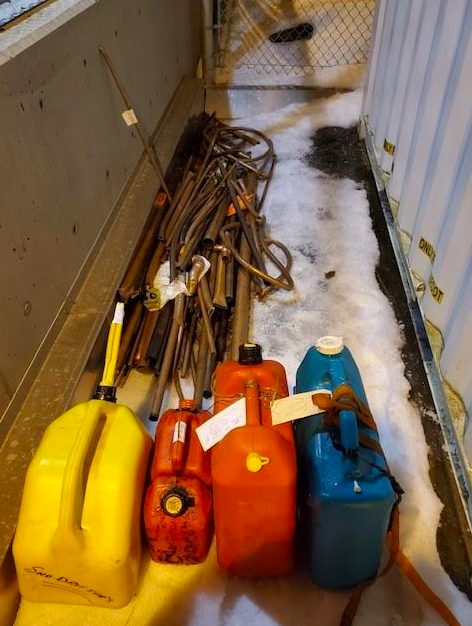 The 41-year-old, who was known to police, explained that he had gotten the can and fuel from a friend. Following a brief exchange, the officer let the man go.

After returning to the detachment regarding the circumstance, the officer spoke with other RCMP members who found that the blue bucket may have been stolen from a residence one month ago. The officer then went to the suspect's address and located the can in a vehicle parked at the complex where he lived.

The vehicle, a recreational camping van, was seized by police so a search warrant could be completed. 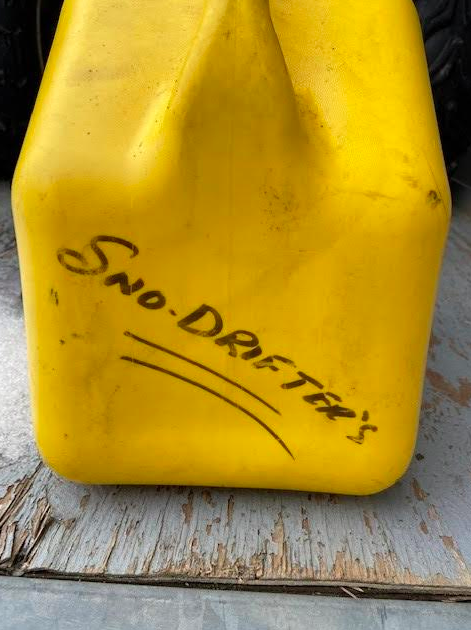 On Saturday, a warrant was executed and a number of cans, which included the blue one still filled with diesel, were seized. Officers also took in copper pipe that was believed to be stolen.

Shortly after the search, the suspect was arrested and released on a number of conditions. Those conditions included a curfew, not being allowed to possess break-in tools, and not being able to have any container that contains over three litres of capacity that could be used for storing fuel.

Anyone who has noticed their fuel being stolen is urged to contact their nearest RCMP detachment.