FVDED In The Park drops 2023 lineup with Jack Harlow, Odesza as headliners

One of British Columbia’s most popular music festivals has dropped its 2023 lineup.

FVDED In The Park will return to Holland Park in Surrey on June 23-24 and will do so with a pair of big-name headliners.

Jack Harlow will cap off the music on Friday, while Odesza will be the festival’s final act on Saturday night. 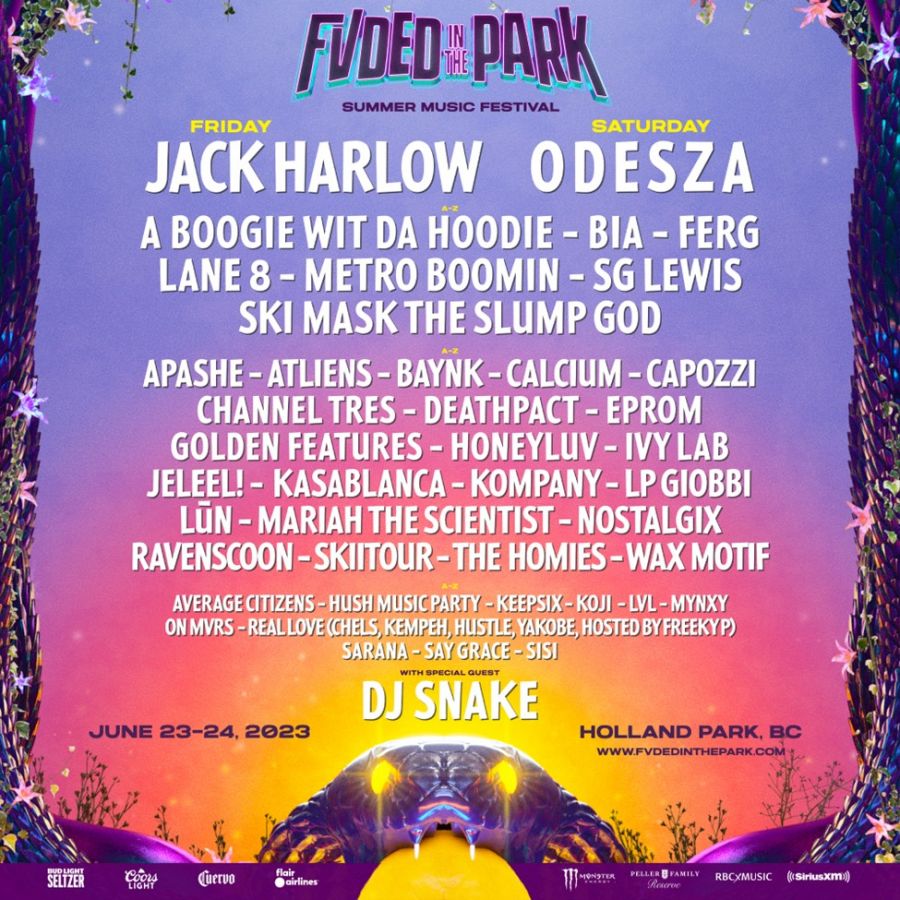 The 24-year-old Harlow has become one of the hottest names in rap over recent years and his single “First Class” was one of the biggest hits of summer 2022.

The electronic music duo Odesza, made up of Harrison Mills and Clayton Knight, is from nearby Bellingham and is considered one of the best live shows in the world at this time.

Beyond the two headliners, the festival’s undercard is packed with a number of notable names that will surely have young music fans excited, all the while making other music fans feel old.

Tickets to the two-day festival in June will go on sale through the FVDED In The Park website at 10 am on Friday.

Thumbnail photo courtesy of FVDED In The Park.