A group of activists has said it will begin blocking parts of the Trans-Canada Highway today as part of an “indefinite ongoing campaign” aimed at ending all old-growth logging in the province.

The activists – from Extinction Rebellion Nanaimo – said they will target the highway in Victoria, Nanaimo, Vancouver and near Revelstoke.

Their campaign, expected to involve more than 15 people, is scheduled to begin at 11 am this morning.

They said that, “initially,” the group will block off-ramps and intersections “multiple times per week” but pledged to intensify the “frequency and scale of actions” until all old-growth logging is stopped.

“The government has an option to fulfill its election promises or send nonviolent people on the motorways to jail,” the group said. 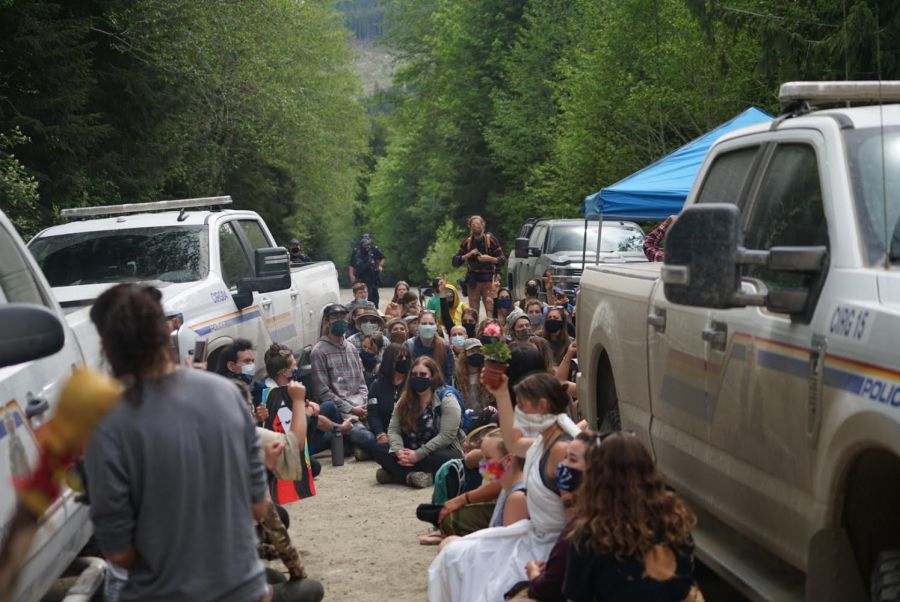 The added that its activists are “ordinary people risking everything to protect the lives of their families from the effects of the corporate destruction of our world.”

XR Nanaimo said the BC Government had reneged on its promise to stop the logging.

“Old growth forests are the lungs of our planet, and the BC NDP and their corporate pals are lung cancer,” said Brent Eichler, the president of Unifor local 950 and an organizer for the campaign.

“There are no jobs on a dead planet.”

Vic Brice, a spokesperson for XR Nanaimo, said that if the BC Government rejects the group’s demands, it is “squandering” the last chance to “prevent the most devastating decimation of life on Earth – ever.”

Zain Haq, a spokesperson and organizer for the campaign, and a student at SFU, added: “We are declaring the Trans-Canada Highway a site of permanent nonviolent civil resistance. January 10 onwards, the tactics will escalate in their frequency and extent if the government delays action.”

The provincial government is yet to comment on the group's statement.

Police have arrested about a thousand people in the Fairy Creek area north of Port Renfrew, where protesters have been hoping to prevent old-growth logging.