BC cat that travelled 100 km reunited with family thanks to Good Samaritan, micro-chip

A three-year-old cat has safely made it back home after taking a journey of more than 100 kilometres from Victoria to Nanaimo.

Miri had been missing for months and her family had almost accepted she was gone forever.

But against all odds, and with a little help from her microchip and a kind-hearted stranger, Miri was finally reunited with her family back home in Victoria.

“She is definitely a little spicier than she used to be,” says owner Megan.

“She always loved to play attack, but she would never use her claws or teeth, just grab with soft paws, now she smacks a little harder and will touch you with her teeth. She also purrs more often and louder now.”

Miri also no longer takes any guff from the family dog, Frank, and isn’t afraid to stand her ground. 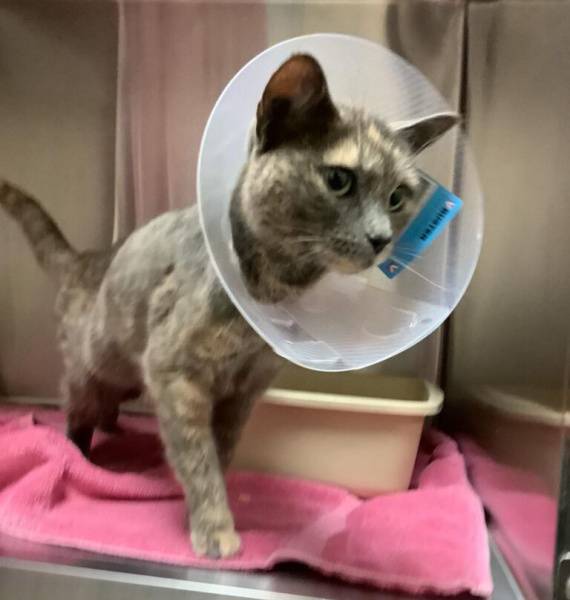 But after her time spent out in the wilderness and in the nearby towns, Miri took a break from the outside world for nearly two months.

No one knows what caused the cat to leave home because she usually stuck around familiar surroundings.

When they noticed she had gone missing, the family put up posters around their neighbourhood and spent a couple months looking for the small blue and cream tortoiseshell cat.

Just as Megan was preparing to put away the cat’s food and other supplies for good, a call came in from the Nanaimo BC SPCA.

“A good Samaritan brought Miri to a veterinarian because she was injured,” says Megan.

“She had somehow got her collar caught around her head and front leg causing a wound from the embedded collar.”

After her visit at the vet, Miri made a short stop at the BC SPCA shelter where they scanned her microchip and looked up her family.

Megan immediately booked a vacation day at work to make the hour and 40 minute drive to pick up her beloved feline friend.

“We are so thankful to the good Samaritan who brought Miri to the veterinarian and the fact that we registered (her),” says Megan.

“Without it we would never have been reunited.” 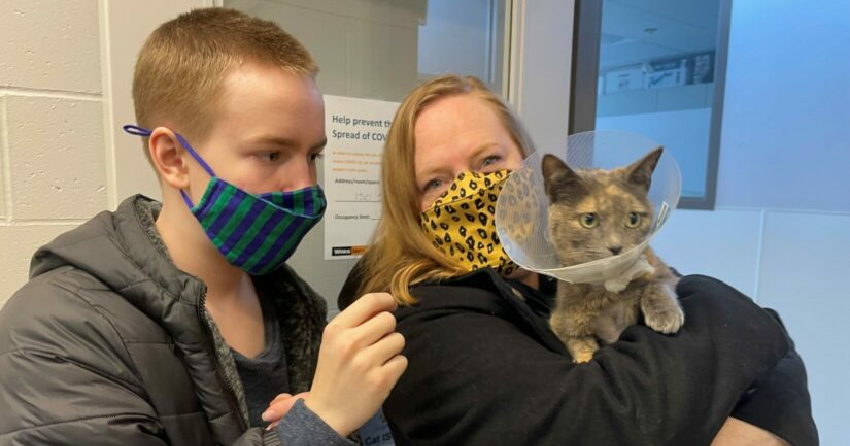