A group of British Columbia community organizations wants changes to the province’s COVID−19 vaccine card, saying it fails to account for the needs of people who face legitimate barriers to getting a vaccine or proof of immunization.

A joint letter to Health Minister Adrian Dix and provincial health officer Dr. Bonnie Henry says the plan could restrict access to services for people who can’t get a shot for medical reasons, as well as people without government identification.

It was released by Vancouver−based Pivot Legal Society this month and says BC has failed to identify a workaround for people without ID, which could include women fleeing violence, people who are homeless and undocumented migrants. 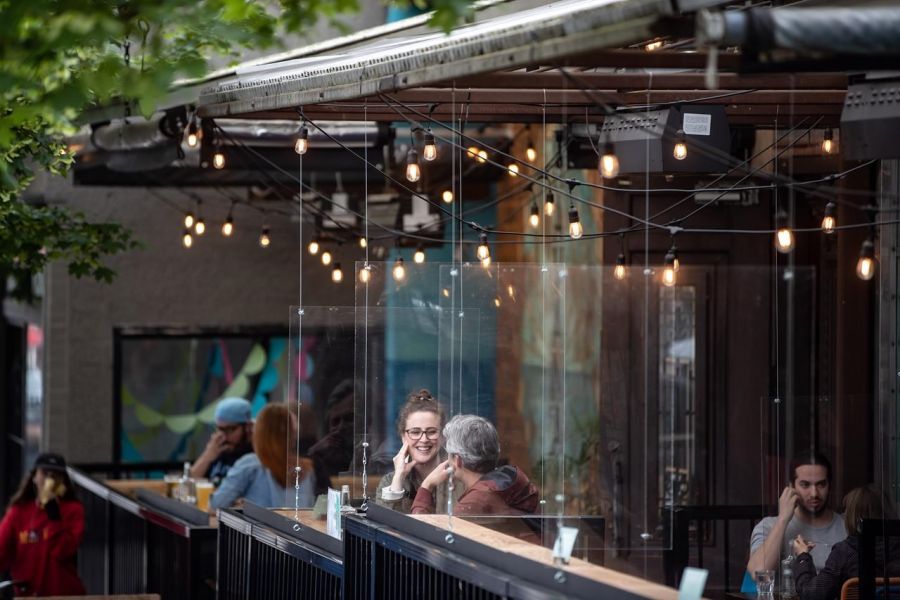 BC residents need a personal health number to order a paper copy of their vaccine card or to download the card online for display on a smartphone. The card will be checked alongside government identification.

"If you’re homeless and living outside, carrying around a piece of paper is just not going to work out," said Rowan Burdge, director of the BC Poverty Reduction Coalition and a signatory of the letter. "We’ve seen encampments where people’s belongings have been taken away."

The letter says the province hasn’t done enough to follow the advice of organizations that understand how best to navigate public health guidelines for those living in poverty or with a disability, for example.

Disability Alliance BC, which also signed the letter, said in a separate statement that mandating so−called vaccine passports without accommodating people who cannot get vaccinated due to their medical condition is "blatant discrimination."

The Health Ministry said in a statement it appreciates the groups’ feedback and it has "been doing what we can to address some of these challenges."

Asked about accommodation for people who cannot get vaccinated for medical reasons, the ministry said there will be an exemption process "for extremely rare circumstances."

"Dr. Henry has said that if you are unvaccinated, for whatever reason, these kind of indoor settings with lots of people are high risk right now," it said.

Burdge said she doesn’t want requests made in the letter to be conflated with anti−vaccination rhetoric.

"We absolutely are supporting people to get vaccinated. ... But we’re worried about the systemic barriers that are going to come from this particular policy."

A number of BC communities have seen protests against the vaccine card, including outside hospitals.

Dr. David Naylor, co−chair of Canada’s COVID−19 immunity task force, said there’s a widespread sense that COVID−19 has "hijacked our lives," leading some people to scapegoat the public health measures adopted to protect the health−care system and those who are too young to receive a vaccine.

But Naylor said those measures, including achieving a higher rate of vaccination, are the "only way to restore normalcy in the months ahead," particularly as the highly contagious Delta variant makes up the majority of Canada’s COVID−19 cases.

Vaccine passports have a role to play in curbing the fourth wave by encouraging immunization among people who may be late getting their first shot, but who aren’t staunchly opposed to vaccination, said Naylor, who led a review of Canada’s public health system after the outbreak of SARS in 2003.

Those opposed to vaccination or vaccine cards are "simply inviting continuation of some of the measures that everyone would like to avoid," he said in an interview.

Naylor said even staunch libertarians, or those who believe in maximal freedom of choice and minimal government regulation, acknowledge that one person’s civil liberties stop when they lead to harm or encroach on the liberties of others.

"The notion here that you have people who could do harm to other people is relevant in considering the constraints on the civil liberties claim by people who choose to remain unvaccinated in the midst of an unprecedented global pandemic."