BC has received 4.8M COVID-19 rapid tests since the expanded test program began in December

On Dec. 21, 2021 British Columbia announced it would be increasing its COVID-19 rapid testing program in the new year.

Last Friday, the federal government indicated that it would be delivering 140 million COVID-19 rapid tests to the provinces and territories – with BC set to receive over 18 million of those tests throughout January and February.

BC Minister of Health, Adrian Dix, explained that the province continues to receive and distribute rapid tests based on greatest need and high-risk situations.

“To date BC has received a total of 4,850,447 rapid tests and deployed 2,853,595 of these tests to key strategic areas,” explained Dix in Tuesday’s provincial update.

Over 560,000 are not suitable for take away or personal use and must be administered by a healthcare professional and cannot be broken down or repackaged for self-administration.

These tests will continue to be used by healthcare professionals to manage clusters and outbreaks. 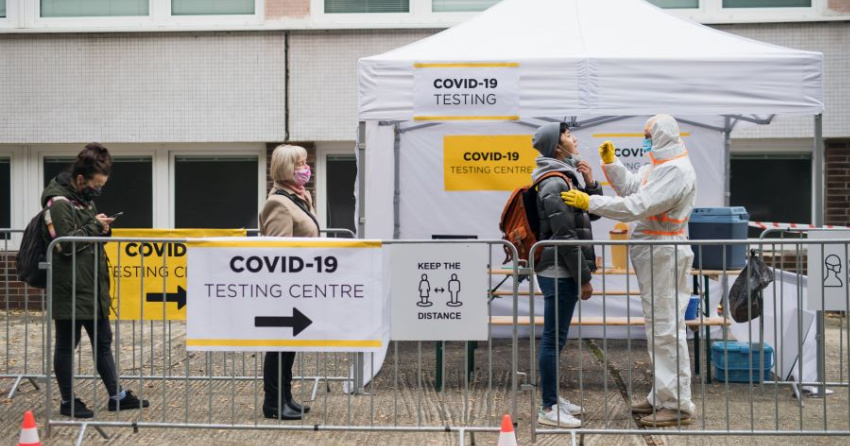 This leaves 1.4 million tests that are more suitable for people to use in places like grade schools, post-secondary institutions and long-term care facilities.

Out of the tests that arrived in the province on Monday, 90,000 were sent to acute care facilities for testing of symptomatic health care workers.

Testing centres will receive 90,000 across BC to “replenish their supply” and 200,000 are being prepared to support symptomatic staff in grade schools.

Over 100,000 will be sent to businesses and organizations that are enrolled in the Point-of-Care testing program and the remaining amount will be repackaged and allocated over the next week (consistent with the expanded plan announced in December).

Dix adds that BC is due to receive another 841,400 rapid tests by the end of this week or early next week.

During last Friday’s provincial COVID-19 update, Dr. Bonnie Henry reiterated the importance of using these tests to understand if someone in a community has COVID-19 or if it is present in a community.

“It is not being used as a green light to allow for people to socialize as we’ve seen been used in other places. Every rapid test has been allocated to settings where risk is highest and where the test will have the greatest impact,” Dr. Henry explains.