A British Columbia trucker has been sentenced to four years’ imprisonment for smuggling drugs into Canada from the US.

Sarbjit Chahal, of Surrey, was found to have 33 kilograms of methamphetamine hidden inside the cabin of his truck when it was searched on Nov. 18, 2018.

He had been stopped by the Canada Border Services Agency at the Pacific Highway Border Crossing.

Health Canada later confirmed the meth had a purity rating of 100 per cent. 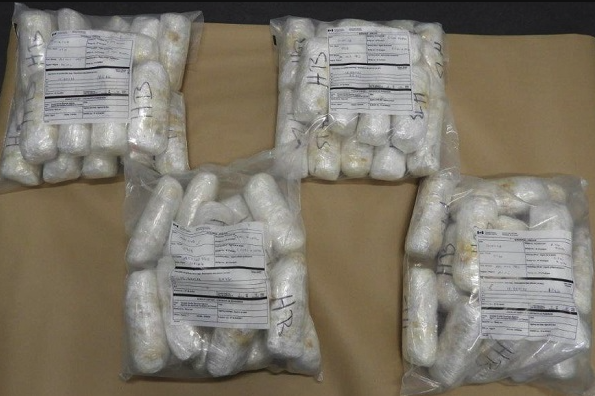 The RCMP said Chahal represented himself in court, claiming as his defence that he committed the offences while under duress “after having received death threats from an individual who had asked him to act as a courier.”

Alongside his prison sentence, Chahal was issued with a DNA order, forfeiture order and a lifetime firearms ban.

“We are committed to ensuring Canada’s continued security and prosperity, and the success of this joint operation demonstrates the effectiveness of the CBSA-RCMP Joint Border Strategy of detecting, preventing, denying and disrupting criminal exploitation of Canada’s borders,” said Supt. Bert Ferreira, Officer in Charge of the BC RCMP Federal Serious and Organized Crime Border Integrity Program.

Sun
19℃
Advertise with Us

Kelowna women can't visit their parents in hospital because they're unvaccinated