Another case of people feeding wildlife has led to a black bear being destroyed in BC.

According to the North Shore Black Bear Society, a bear that they began tracking on July 2 has been killed by conservation officers. 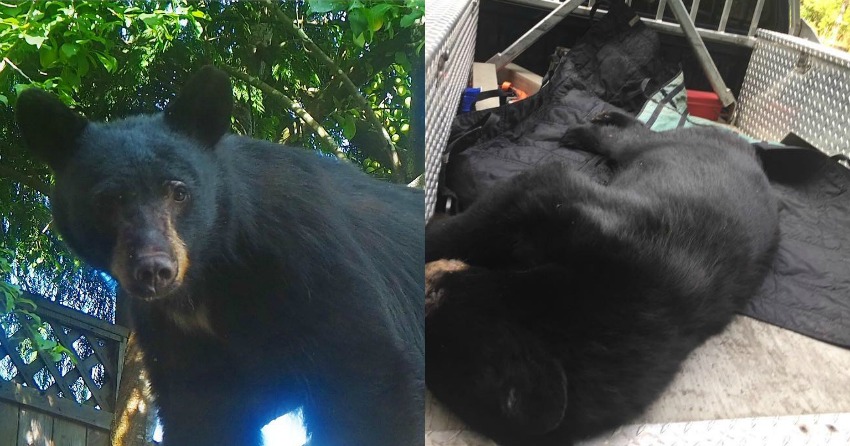 Initially, the bear, which the group named Huckleberry, was relocated back to the forest after being caught eating scraps from an organics cart.

The bear was spotted in Deep Cove, where locals said it was “calm and easy-going” and moved on quickly.

However, more reports started to flood in as Huckleberry continued to find food in garbage and organics bins.

Not only was the bear finding “easy rewards” from resident’s garbage, members of the public were feeding it in order to film the wild animal.

“People admitted they allowed you to do that for a video and they neglected to move you on...a death sentence,” said the North Shore Black Bear Society.

“If only people had used a firm voice with you, you would have listened. Or respected you enough to not have any garbage or food scraps accessible in the first place. We did you a disservice, Huckleberry.”

The group continued, saying that on July 31, Huckleberry caught eating berries at the edge of the forest. The group went to make sure the bear wasn’t being crowded or chased by dogs.

“By the time we reached you, you were being followed by residents who wanted a video of you eating organics from an unlocked cart. Due to the crowd of people, it wasn’t safe for us to move you on. When you finished eating, you calmly walked by and left our gaze. That was the last time we saw you.”

Later that day, the group says that conservation officers came and tranquilized Huckleberry in order to take him away to be euthanized.

“You were willing to coexist, but people were not. You showed us every time we met that you were a good natured bear, we are deeply sorry that we couldn’t save you. We’ll always have a place in our hearts for you, sweet boy,” the group said.

It is against the law to feed dangerous wildlife, and for good reason.

According to the BC Conservation Officer Service, many bears are killed each year due to human interference.

To learn more about how to prevent human-wildlife conflict, click here.

Tue
19℃
Advertise with Us

Rare deep sea fish found after washing ashore in BC

A slide worth thousands was stolen from a BC playground

Thousands of dollars stolen from BC charity