Traffic in the Lower Mainland was brought to a standstill on Monday for eight hours as police tended to a potential jumper on the Alex Fraser Bridge.

The mental health crisis began shortly after noon and resulted in the closure of the bridge, which connects Richmond and New Westminster with North Delta. 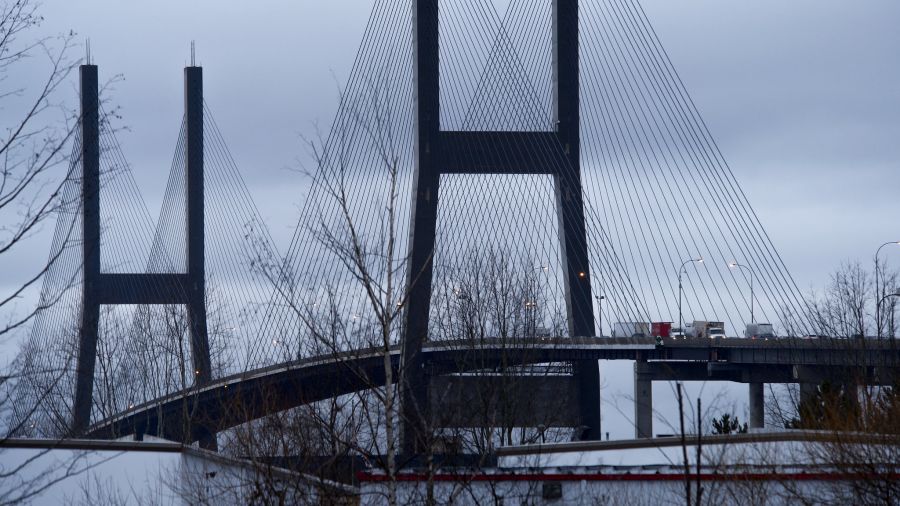 According to the Delta Police Department (DPD), the man was outside the safety rail on the southbound side of the bridge. Officers arrived and began actively negotiating with him from a safe distance.

It was then decided to close the southbound lanes of the bridge, which police said was for the “safety of the distressed male and first responders.”

“A variety of reasons are considered for closing lanes on the bridge,’ a DPD release noted. “The bridge deck is a loud environment; the sound of engines, tires, and road noise, is complicated by heavy gusts of heavy wind and the sway of the bridge, elevating the danger to those involved.”

The DPD called it a “complex” decision, but one that is guided by police’s priority to preserve life.

“Various distractions impacted the DPD's priority to preserve life, including drivers ‘rubber-necking’ to get a view, honking horns, yelling at the individual in crisis, and even encouraging them to take action,” the release said.

“Some impacted drivers walked up the bridge deck, made contact with officers, interfered with the negotiations, and even videoed or photographed the individual in crisis.”

Police said that several commuters became frustrated during the closure and began to take chances and drive aggressively, the impacts of which caused multiple collisions and prompted the DPD to address and condemn those actions on Tuesday.

Shortly before 6 pm, a frustrated motorist drove around several highway vehicles managing the closure, striking one of them and a concrete barrier.

It caused several thousands of dollars in damage, police explained, and also forced a number of officers to disengage with the mental health crisis to deal with the new incident.

Just over an hour later, another driver ignored a flagger’s direction and drove around barricades, putting many workers at the scene in danger. The driver was found to be impaired and was issued a 90-day immediate roadside prohibition and a 30-day vehicle impound.

Finally, just before 8 pm, negotiations with the potential jumper were ultimately successful and he agreed to climb back over the rail to safety.

"I am proud of the work and commitment of all first responders, which led to the team saving the distressed individual's life in a mental health crisis,” said DPD Chief Neil Dubord.

“We also recognize that the bridge closure caused frustrations, and our team will review this incident with our partners to determine how we can lessen the future impact on the public."

The DPD finished its statement by saying it sees impacts of mental health daily and it can grind lives to a halt, as seen on Monday.

However, it noted that everyone must do their part to stop the stigma surrounding mental health and help situations like the one on Monday have a positive ending.