A company that produces 12 per cent of energy classed as renewable in the UK is under fire after claims it is cutting down old-growth forest in British Columbia.

Drax, which burns millions of tonnes of wood pellets every year at a power station in Yorkshire, has allegedly been harvesting primary forest to source some of its fuel.

An investigative team from the BBC’s Panorama show claimed they used satellites and drones, and followed a logging truck for hours, to prove the firm is picking up whole logs from old-growth sites.

The private company’s power station in England has been handed £6 billion – about $9.2 billion – in green subsidies by the British government. 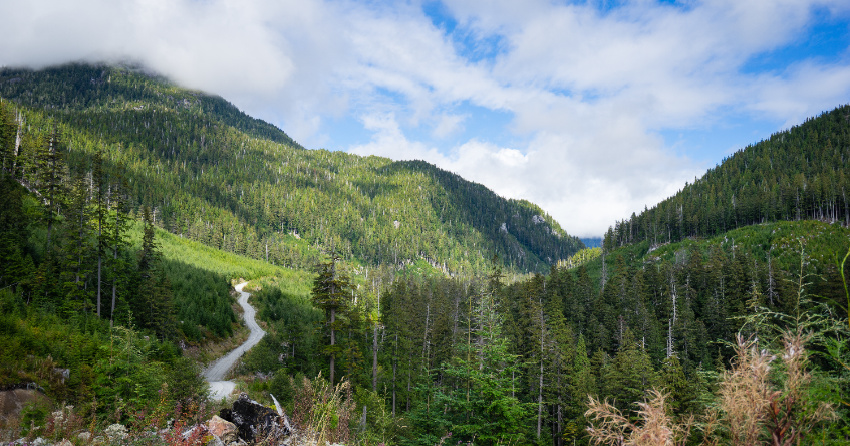 The BBC did not reveal where in BC the wood was allegedly harvested, but Drax lists the following locations as part of its operations in the province:

Drax, meanwhile, has hit out at the BBC, impugning their journalism and explaining that their legal team is “considering further action.”

A Drax spokesperson said: “People living in and around these forests are best placed to determine how they should be looked after, not the BBC. Drax’s own world-leading sustainable sourcing policies are aligned with the rigorous regulatory frameworks and rules set by both the BC and UK governments.”

They added: “In this edition of Panorama, the BBC has focused primarily on the views of a vocal minority who oppose biomass. The programme makers have sought to repeat the inaccurate claims about biomass which have for years been promoted by those who are ill-informed about the science behind sustainable forestry and climate change and those who have vested interests in seeing the biomass industry fail. Good journalism should start from a neutral position to seek out the facts.

“The Panorama team did not contact us while they were conducting their research in Canada to arrange to visit our facilities. From the outset we were presented with a series of one-sided assertions from the BBC. Our lawyers have written to the BBC to remind them of their legal and regulatory obligations and we are considering further action.”

The spokesperson also said that, “as anyone in the BC forestry knows,” the forests are not harvested for pellets, but rather for “high value timber” used in construction.

They claimed that “80 per cent of the material used to make our pellets at Drax in Canada is sawmill residues – sawdust, wood chips and bark left over when the timber is processed,” adding: “The rest is waste material collected from the forests which would otherwise be burned to reduce the risk of wildfires and disease.”