Canadians living within 50km of wildfires could be at greater risk of brain tumours, lung cancer: study

Canadians who have had long-term exposure to wildfires could be at greater risk of developing brain tumours and lung cancer, a new study has suggested.

The McGill University research, which was published in the Lancet Planetary Health journal this month, tracked more than two million people over a period of 20 years.

The researchers said their study is the first examination of whether proximity to forest fires could influence cancer risk.

“Wildfires tend to happen in the same locations each year, but we know very little about the long-term health effects of these events,” Scott Weichenthal, an associate professor at the Department of Epidemiology, Biostatistics and Occupational Health at McGill University, said. 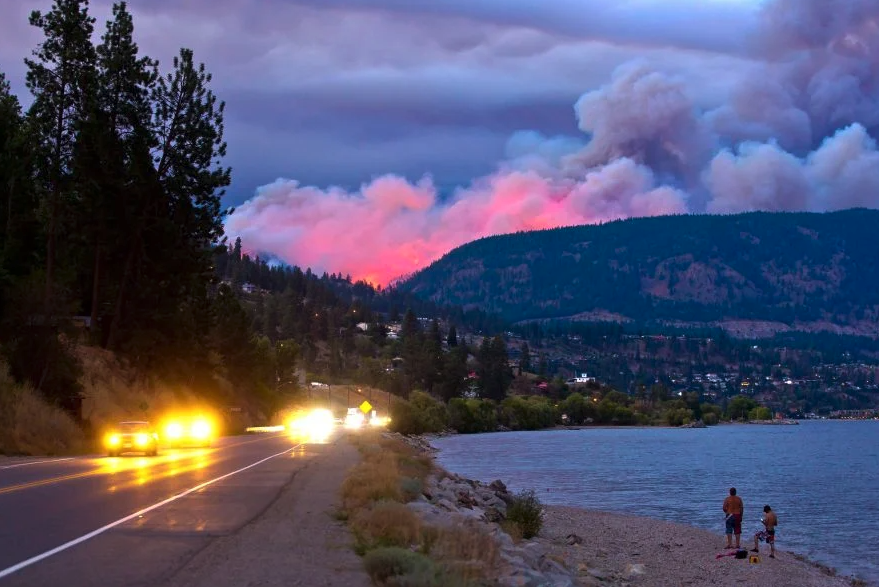 “Our study shows that living in close proximity to wildfires may increase the risk of certain cancers.”

One of the authors of the study, PhD student Jill Korsiak, said many of the pollutants emitted during wildfires are “known human carcinogens.”

She added that that suggests exposure to the fires “could increase cancer risk in humans.”

The authors of the study explained in their introduction that wildfires are becoming more prevalent due to climate change, making them an increasingly recognized global health problem.

Because the fires typically occur in the same areas every year, people who live near them could be exposed to carcinogens on a “chronic basis,” the study explained.

“In addition to impacts on air quality, wildfires also pollute aquatic, soil, and indoor environments,” a McGill University statement about the study explained.

“While some pollutants return to normal concentrations shortly after the fire has stopped burning, other chemicals might persist in the environment for long periods of time, including heavy metals and hydrocarbons.”

Professor Weichenthal said people could suffer from “several routes of exposure” to pollutants even after a wildfire has stopped burning.

But the research team said more studies are needed to better understand the effects wildfires have on health.