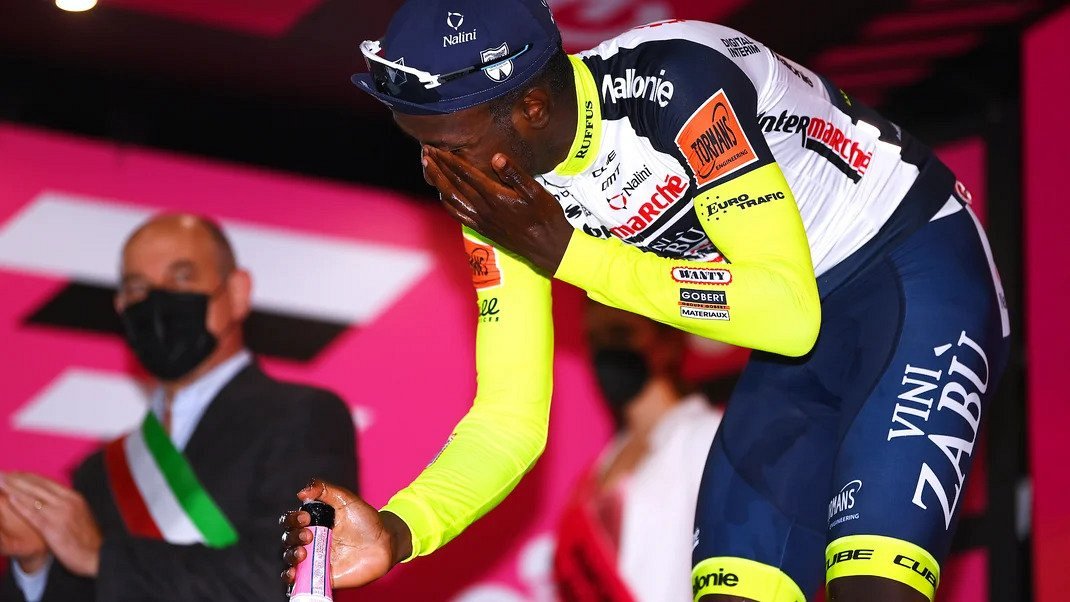 Here’s a rather unique sports story you do not ‘see’ everyday.

Tuesday was the 10th stage of the Giro d’Italia, which is a 21-stage cycling race that's one of the three Grand Tours (Tour de France and Vuelta a España are the others).

The winner on Monday's 196 km stage from Pescara to Jesi, was Biniam Girmay, an Eritrean cyclist, who outsprinted Mathieu van der Poel, the young phenom from Belgium.

Girmay’s victory was a watershed moment, the first for an African at a Grand Tour.

However, during the awards ceremony after the race, Girmay was finagling with a bottle of champagne, which ended up popping him directly in the eye socket.

While he initially shrugged it off, Girmay was sent to the hospital in Jesi, Italy, where he was spotted later in the night with a bandage over his left eye.

After his eye injury, Biniam Girmay has just left hospital in Jesi. His start in stage 11 looks unlikely. The team will communicate about it in the morning.
ምሉእ ጥዕና ንምነየልካ።
Credit- @GhideonMusa pic.twitter.com/qKmLEMQT0V

The team ended up celebrating the victory in a late night toast, but, on Wednesday morning, where participants were required to cycle off in Stage 11, the sprinter was nowhere to be seen.

The team later announced that Girmay was diagnosed with a hemorrhage in his left eye, and would be unable to continue racing the remaining 11 stages.

Let this be a lesson to all who think about popping a bottle for celebration.

Do not point it at your face!