The University of Northern British Columbia’s Women’s soccer team has officially announced the recruitment of Sofia Jones for the 2018-2019 season. 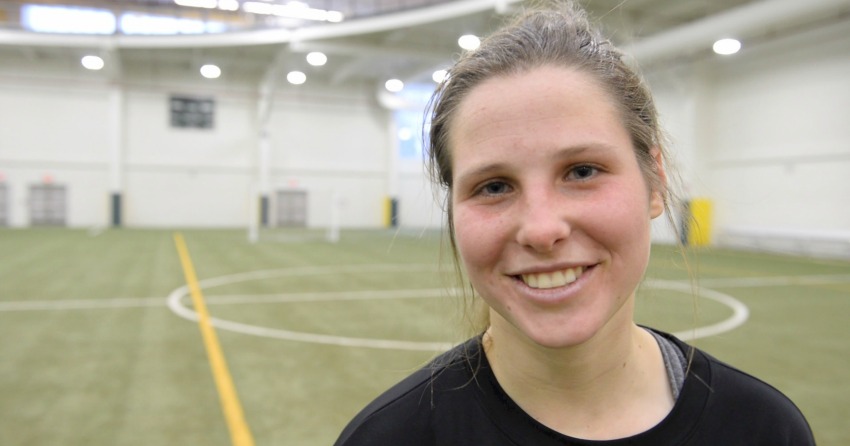 Over the winter break, Jones made the journey from San Francisco to visit the campus. Shortly after the visit, Jones made the decision to become a part of the UNBC Timberwolves team.

“The playing environment is awesome. Everyone is so nice, the technique is really strong, and it’s just fun here. They’re really good players, which was awesome to see,” said Jones.

Jones is entering her second year of eligibility after playing her freshman season with City College of San Francisco.

Timberwolves coach Neil Sedgwick believes her raw abilities will be a huge asset to the team.

“She’s a solid attacking player and I think she will add a different dimension to our team next year. She could end up in the midfield because she has a great soccer mind,” says Sedgwick. “She also has some great attacking attributes and some great finish around the goal, so we are certainly hoping she brings that to the table.”

The 18-year old plans to remain at UNBC for the remainder of her university career.

Jones will join her new Timberwoves family this summer in preparation for the upcoming Canada West season.

Congratulations Jones, we look forward to watching you!

BC police investigating after 6-year-old dies at motel

BC reports a surge in COVID hospitalizations and ICU patients, confirms 3,289 new cases over the weekend

The COVID-19 wasteland: searching for clues to the pandemic in the sewers