'Memorable winter' expected for much of Canada: Weather Network

A “wide variety of extreme weather” could be on the cards for Canadians this winter, the Weather Network has forecast.

Much of British Columbia is expected to see below average temperatures, with only coastal regions spared the chill.

The Weather Network explained: "A wide variety of extreme weather is expected across Canada during the upcoming winter season. This should make for a memorable winter for much of the country. 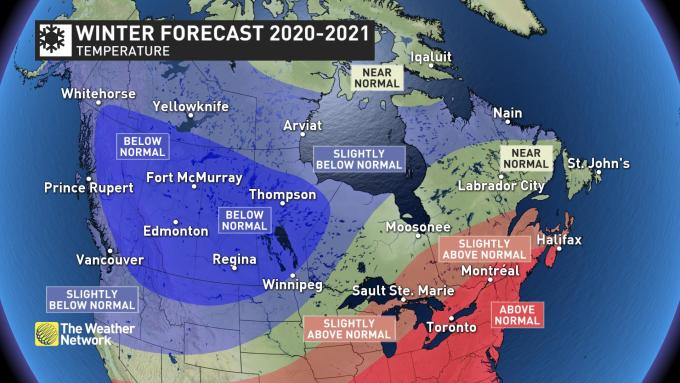 “The focus of the severe cold will be across Western Canada, especially during January and February. Meanwhile, extended periods of very mild weather are expected from the Great Lakes to the Maritimes with the potential for episodes of record-warmth. However, Arctic air will also push into these regions from time to time.”

It added that cooler Pacific Ocean temperatures off the coast of South America, known as “La Niña,” will create a strong jet stream separating warm southern air masses from their colder northern counterparts.

Chief Meteorologist Chris Scott said this means most Canadians can brace for a wildly variable winter with major departures from seasonal norms. 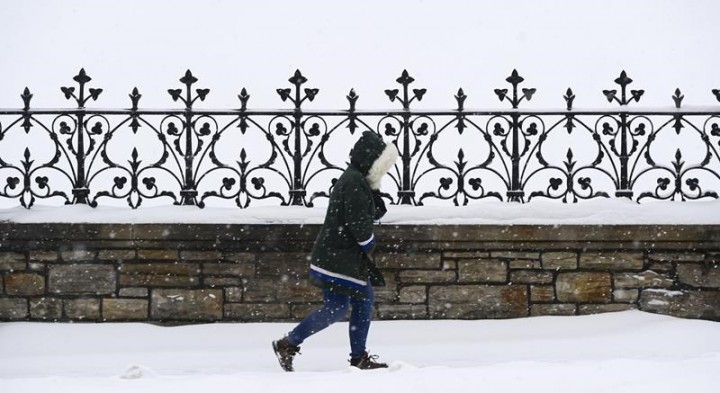 But before the cold pattern sets in, the network added, the weather will be the opposite of the forecast.

“Above seasonal temperatures will dominate through the first half of December across Western Canada, with record warmth for parts of the Prairies and into the territories,” the Weather Network explained.

As the winter gets into its stride, though, BC is forecast to see higher than average snow levels. 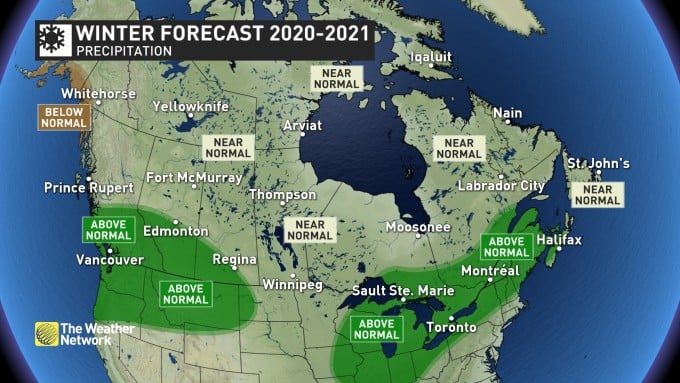 “A cold and stormy winter is expected to dominate across [BC],” the forecaster said.

“While the first half of December will be rather mild, we expect a much colder pattern will develop during the second half of December and the cold pattern should continue through most of January and February. This will also bring a heightened risk for extended periods of frigid weather and heavy snow across the province, including in the Lower Mainland and Vancouver Island.

“An outstanding ski season is anticipated with an abundance of fresh powder to enjoy, though heavy snow at times will make travel difficult through the mountains and to the ski areas.” 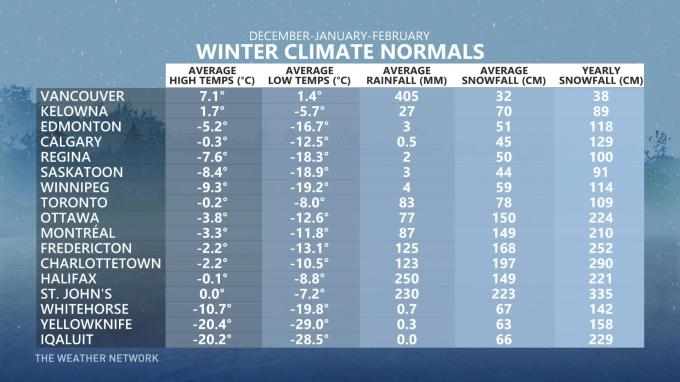 But major swings in both temperatures and precipitation levels are on tap for Ontario, Quebec and the Atlantic provinces, with stretches of both extreme cold and unusually mild air forecast alongside a mix of storms and dry spells.

Scott said Newfoundland and Labrador and northern Canada are slated to buck the trend, with the eastern-most province set to experience a more typical winter while colder than average conditions are expected across all three territories.

But Scott added the long-term patterns may not be evident at first, since the December forecast is calling for conditions that defy the overall forecasts.

“It’s going to be quite a winter,” Scott said in a telephone interview. “A lot of extremes within the given regions. And if you’re talking to your friends or family back east or out west, you’re probably going to have a very different experience from week to week as the weather changes across the country.”